Summer is a time for reading good books for the sheer fun of reading. My 7-year old boy is ecstatic about the summer reading program at our local library, and I’m ecstatic that he is ecstatic.

In the summer, I aim to give him plenty of freedom to read the books he wants to read (within our set parameters, of course). However, I also make a list of books for him to read that I know will challenge him and take him outside his comfort zone.

Related: How to Create a Summer Plan Your Whole Family Will Love

Each day, I set aside at least 30 minutes for him to read from his “assigned basket” of books. Some days he reads more than that, but at the very least, I aim to carve out 30 minutes for him to enjoy reading alone. In a house with a  4-year old brother and 2-year old sister who follow you around everywhere you go, it’s no small feat to make this happen. 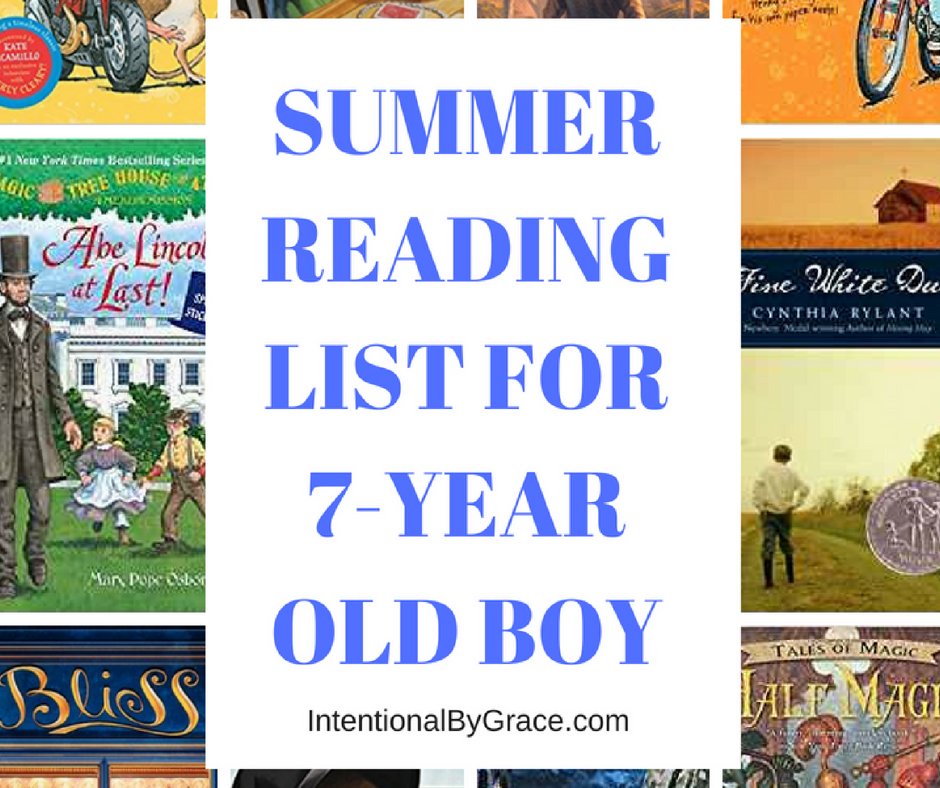 Below is the summer book list I’ve put together for my 7-year old boy. This list reflects his interests as well as his reading level. He reads just a bit beyond his age, so this list will reflect that.

His goal is to read 6 books from this list. If he does, he will get a reward. Since the list is made up of 14 books, he has the chance to earn two rewards this summer.

Related: A Reward System that Actually Works for Your Kids

I am a participant in the Amazon Services LLC Associates Program, an affiliate advertising program designed to provide a means for me to earn fees by linking to Amazon.com and affiliated sites. I am also an affiliate of other affiliate programs for individual companies. You can see my full disclosure policy here.

His recent favorites have been the Nate the Great series and The Last Firehawk series. I kept this in mind as I chose the following books. 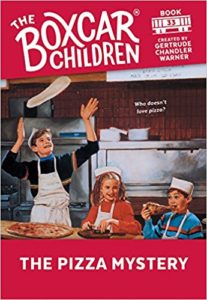 The Pizza Mystery (The Boxcar Children), by Gertrude Chandler Warner

“Henry, Jessie, Violet, and Benny used to live alone in a boxcar. Now they have a home with their grandfather, and they’re helping out at a pizzeria. The pizzeria is run by their old friends, the Piccolos, who’ve been having lots of troubles keeping their business going. Working at the little restaurant is lots of fun, but the children wonder … is someone deliberately trying to shut down Piccolos’ Pizzeria?” 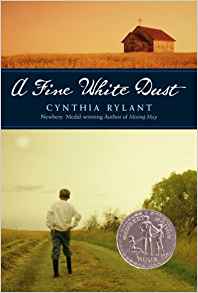 “When Pete first sets eyes the Man, he’s convinced he’s an ax murderer. But at the revival meeting, Pete discovers that the Man is actually a savior of souls, and Pete has been waiting all his life to be saved. “ 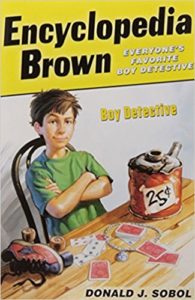 Encyclopedia Brown (any in the series), by Donald J. Sobol

“Leroy Brown, aka Encyclopedia Brown, is Idaville neighborhood’s ten-year-old star detective. With an uncanny knack for trivia, he solves mysteries for the neighborhood kids through his own detective agency. But his dad also happens to be the chief of the Idaville police department, and every night around the dinner table, Encyclopedia helps him solve his most baffling crimes.” 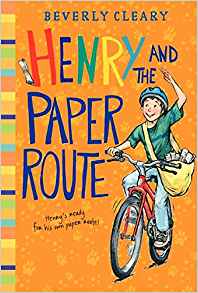 Henry and the Paper Route, by Beverly Cleary

“All the older kids work their own paper route, but because Henry is not eleven yet, Mr. Capper won’t let him. Desperate to change his mind, Henry tries everything he can think of to show he’s mature and responsible enough for the job.” 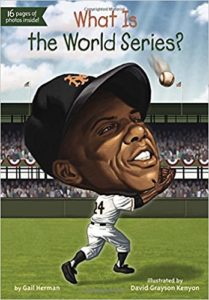 What is the World Series? by Gail Herman

“‘Strike – you’re out!’ ‘He’s safe!’ ‘Homerun!’ Every October, millions of baseball fans around the country anxiously wait to see which team wins baseball’s biggest championship. But the original games of the 1900s hardly look like they do today. Take a look back over one hundred years and discover the history of baseball’s greatest series.” 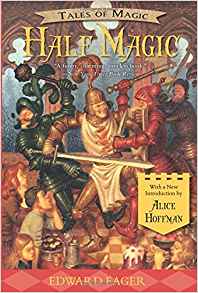 Half Magic, by Edward Eager

“It all begins with a strange coin on a sun-warmed sidewalk. Jane finds the coin, and because she and her siblings are having the worst, most dreadfully boring summer ever, she idly wishes something exciting would happen. And something does: Her wish is granted. Or not quite. Only half of her wish comes true.” 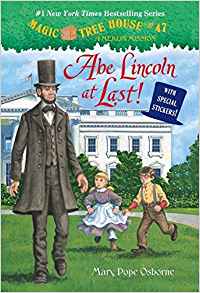 “Jack and Annie are whisked back to Washington, D.C., in 1861. Jack can’t wait to meet Abraham Lincoln himself! But the new president is too busy to see them, as he is desperately trying to save a nation in crisis. It’s a race against time as Jack and Annie try to aid a president and a troubled nation!” 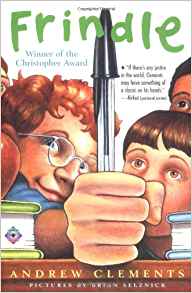 “Is Nick Allen a troublemaker? He really just likes to liven things up at school — and he’s always had plenty of great ideas. When Nick learns some interesting information about how words are created, suddenly he’s got the inspiration for his best plan ever…the frindle.” 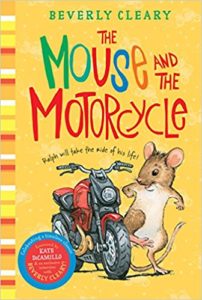 The Mouse and the Motorcycle, by Beverly Cleary

“When the ever-curious Ralph spots Keith’s red toy motorcycle, he vows to ride it. So when Keith leaves the bike unattended in his room one day, Ralph makes his move. But with all this freedom (and speed!) come a lot of obstacles.” 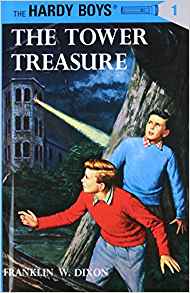 “A dying criminal confesses that his loot has been stored “in the tower.” Both towers of the looted mansion are searched in vain. It remains for the Hardy boys to make an astonishing discovery that clears up the mystery and clears the name of a friend’s father.” 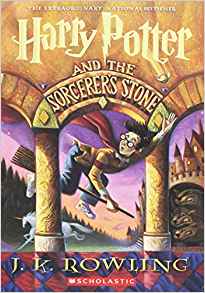 Harry Potter and the Sorcerer’s Stone, by J.K. Rowling

“Harry Potter has no idea how famous he is. That’s because he’s being raised by his miserable aunt and uncle who are terrified Harry will learn that he’s really a wizard, just as his parents were. But everything changes when Harry is summoned to attend an infamous school for wizards, and he begins to discover some clues about his illustrious birthright.” 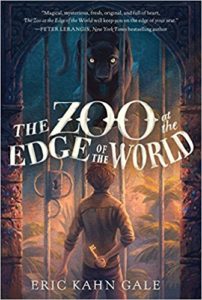 The Zoo at the Edge of the World, by Eric Kahn Gale

“Marlin is not slow, or mute; what he is is a stutterer, and that makes it impossible for him to convince people otherwise. What he is also is a Rackham: the younger son of the world-famous explorer Ronan Rackham, the owner and proprietor of the Zoo at the Edge of the World, a resort where the well-to-do from all over the globe can come to experience the last bit of the wild left at the end of the nineteenth century.” 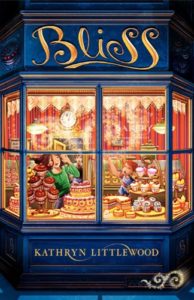 “Rose and her siblings are supposed to keep the Cookery Booke locked away while their parents are out of town, but then a mysterious stranger shows up. “Aunt” Lily rides a motorcycle and also whips up exotic (but delicious) dishes for dinner. Soon boring, non-magical recipes feel like life before Aunt Lily—a lot less fun.”

How to Train Your Dragon, by Cressida Cowell

“Hiccup Horrendous Haddock III, the quiet and thoughtful son of the Chief of the Hairy Hooligans, tries to pass the important initiation test of his Viking clan by catching and training a dragon. Can Hiccup do it without being torn limb from limb?” 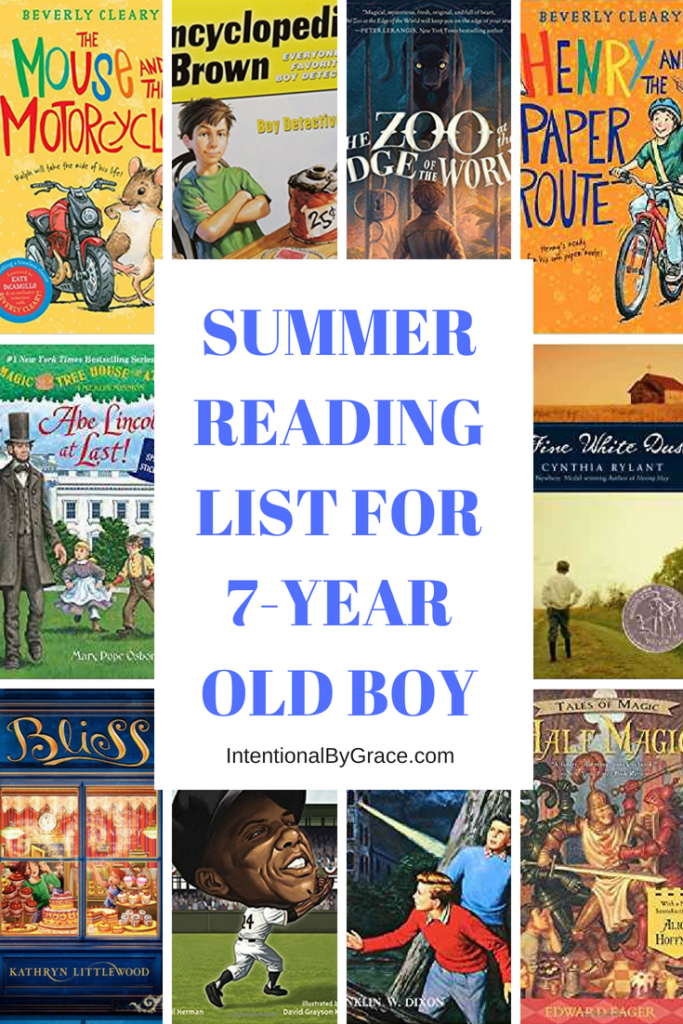 I’m pretty excited about this list, and so is he. I can’t wait to see which books make his summer favorites shelf!

What about you? Do you have a 7-year old boy? What is he reading right now? We love book recommendations, so share what your 7-year old is reading this summer in the comments!