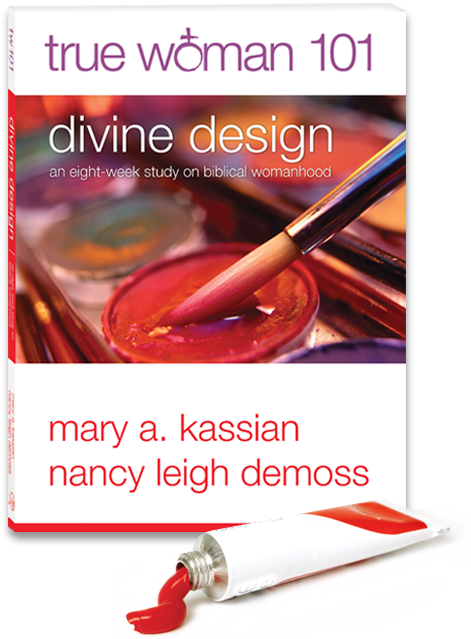 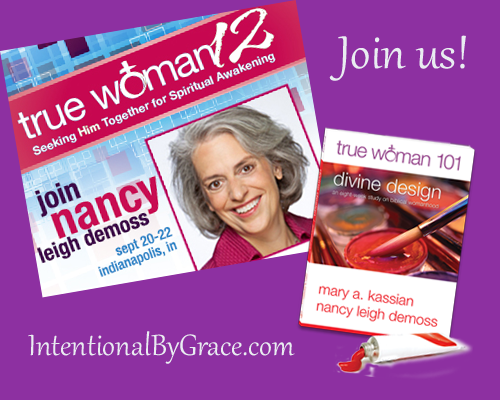 In preparation for attending the True Woman 2012 Conference in Indianapolis, IN, we are doing a Bible Study together as an Intentional By Grace community using True Woman 101 Study

as our guide. The discussions in our private Facebook group have been enriching this week as we’ve discussed each day’s lesson. If you haven’t asked to join our Facebook group, then please do so. We’d love to have you join the conversation.

Today, I want to share with you some reflections from my first week of our True Woman 101 Study

As a child, I loathed being made a girl. I didn’t want to carry a purse. I wanted a wallet. I didn’t want to wear make up. I wanted to jump ramps with my guy friends and roller blade down Snake Hill with the dudes. I confess, I didn’t even like the way we were forced to go to the bathroom. Why do we have to go through all that trouble? I played pick up games in the park, and wrestled in the neighbor’s yard. There was no difference for me, and if anything, I wanted to be a guy. They had so much more fun than girls. Or so I thought, of course.

Then, puberty hit, and I was forced even further into the drudgery of being a girl. Thankfully it came later for me than most. But then I started noticing boys and how they were actually sort of cute and charming … in their own way. I took up a boyfriend, and realized I enjoyed the companionship. But it wasn’t until college that I fully appreciated being a girl. I quickly learned how to use my “girl-hood” to turn the head of every boy on campus. This is when I discovered the power of a woman, and I used it.

It wasn’t until I was saved that I realized that I was uniquely made a woman for His good purpose. God wasn’t depriving me. He wanted to use me to put Him on display. But even then, I didn’t quite understand biblical womanhood.

For several years following conversion, I tried to workout in my mind and in my actions what true, biblical femininity looked like. Words like respect, honor, and submission were at the forefront of my mind. I started wearing more skirts and applying my makeup with care. I was meticulous in assuring I was dressed modestly and refused to do anything to turn a man’s head. I had to protect men. That was biblical womanhood in my mind, and I had to listen and honor what they said.

Then, we had a baby. Now, I was a wife and mom. I couldn’t keep my actions together, and I certainly wasn’t applying makeup quite as effectively. My husband was working hard to provide, and still the bills were hard to pay. We entered the world of blogging, and so I became a working mom who got to stay home with her kid. But you know what? I felt ashamed. I was ashamed that I now had to divide my time between being a wife, mom, and working woman. We were certain we were walking in the Lord’s will, but we didn’t feel support from those around us. I wanted the approval of the other women who stayed home and home schooled their kids. I didn’t look like them – my example of biblical womanhood.

But in January 2012, God took hold of me, and began to show me who I am as a woman, who I am as wife to Mark, and who I am as mom to Sam. He made me uniquely and beautifully…me. He gifted me to be able to  give wise counsel to my husband, to nurture my son, to write my heart on a computer screen, and live for His glory. He didn’t create me to compare myself to boys, look for boys, seek pleasure in men, or the approval of other women in differing roles and callings. He called me to be His daughter, His child, His woman. 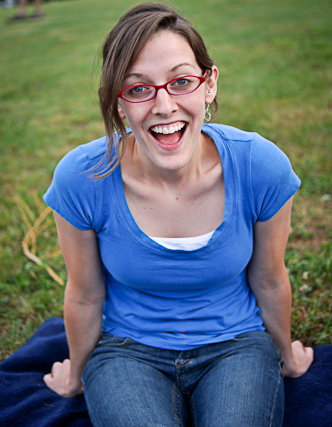 True womanhood does not fit into a neat little box. Nothing in Christianity does. We can’t try to make our actions align with what we believe true womanhood to be and expect it all to work out. We must realize and learn who we are as women. What part of God do we reflect? How do we reflect His glory? Why did He create us uniquely women? Why is true womanhood not a checklist of ways to act, dress, or talk?

There is far too much emphasis on lists and rules in the Christian world today. Instead, we need to step back and talk to God and ask Him how He wants us to live as women for His glory. We do this by reading His Word, and studying what His Word has to say about being a woman. I’m looking forward to this study because I haven’t arrived yet. I still have a lot of questions about what it means to be a true woman of God. This week served as a reminder to me what true womanhood is not, and the coming weeks will only begin to peel back the layers of the mystery of God’s purpose in creating me uniquely female.

Will you join us? What questions do you have about biblical womanhood? Do you struggle with the real meaning of a true woman?

This post is sponsored by True Woman 2012 and does contain affiliate links. Please see our disclosure policy here.

This post is linked to The Better Mom, Time Warp Wife, Women Living Well, and Works for Me.