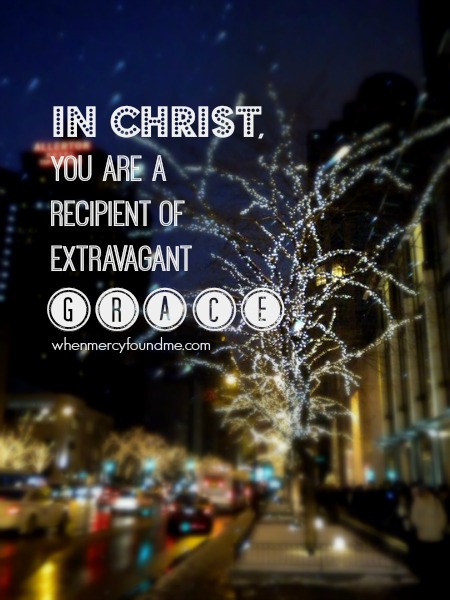 It’s a delightful hustle and bustle. I love it. I absolutely do. But sometimes I start to forget the main thing. Maybe you do too? Well, come sit for a minute, grab a cup of coffee, and slow down.

Let me spin you a tale of a turkey, cranberries, and some extravagant grace.

It was our second Thanksgiving married, but our first to host the big feast! I was almost giddy over the 20 lb turkey we got for $4.65. It was probably my first and only time to use coupons effectively. Yep, I’m that girl.

We were having all the sides, including my mom’s famous pumpkin pies. It didn’t matter that we were cooking only for four; I think we had enough for fifteen. Southern girls know that it’s always better to have too much food than too little.

Anyway, my husband and I were a great team in the kitchen. Cooking together was quality time we both enjoyed. That is, of course, after we decided who was head chef and who was sous chef for a particular meal. I’m quite confident I was head chef for Thanksgiving.

So here we were. Twas the night before Giving Thanks, and we were having a blast. Completely in line with his character, Jon fully researched turkey preparation and cooking methods. It might have been the first time I ever consulted a YouTube video.

Despite our joy, somehow an argument arose. I have no idea what it was about. But isn’t that the way it is most times? The hurt feelings seem so important. The need to be right is all consuming. But then later it’s hard to recall what caused the rift. I guess that’s the beauty of true reconciliation.

I do know, however, that I was the fighter. Until marriage, I never realized the full extent of my stubborn pride and selfishness. I think it is not an exaggeration to say I started the vast majority of our “discussions.”

On this occasion (and in many others), I wanted to escalate the argument even when Jon calmly said, “We’re not ready to talk about this. We need a few minutes.”

Jon wasn’t perfect, but he consistently handled disagreements with a gospel-centered perspective. He refused to yell. He always sought forgiveness quickly. And it made me so mad because each time he responded rightly, I saw my own guilt and depravity. I wanted him to fight me.

Alluringly, a bowl of fresh cranberries caught my eye. I picked one up, took aim, and threw it at his head as hard as I could. With each stinging phrase from my mouth, came a cranberry flying from my hand. I know, It was utterly ridiculous. 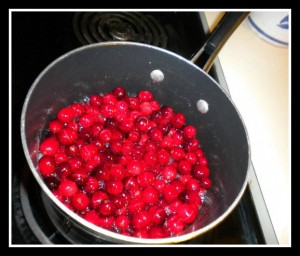 But by this time, I wanted him to sin. I wanted to get a reaction to make me feel better about myself. So I kept pitching cranberries.

Then Jon did something that caught me totally by surprise.

Wordlessly, he bent down and starting picking them up. Each time I threw a cranberry he picked it up.

But he continued his task. I was livid. Therefore, I switched to cooking utensils.

Now I did have at least some semblance of rational thinking because I consciously avoided the breakable items. And I did at least stop chucking things at his head. One by one, I grabbed a utensil from the flower pot on the counter and slammed it to the floor.

Silently, he continued to gather everything I hurled.

His humility starkly contrasted my pride and obstinate fighting. 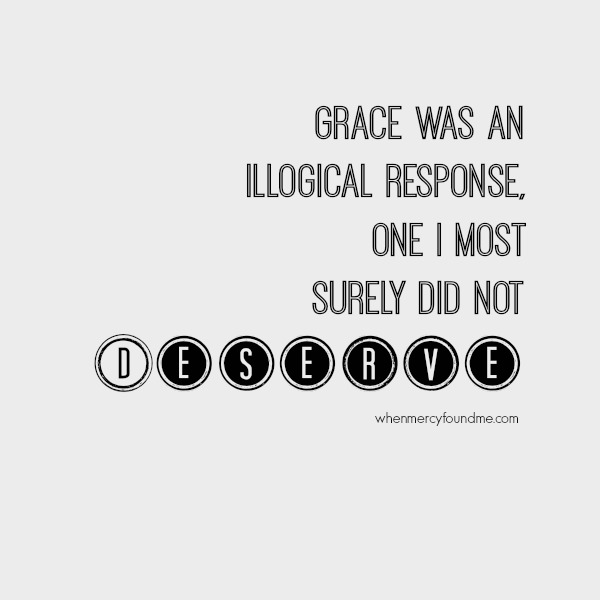 Finally realizing my tantrum was thoroughly ineffective, I ran out of steam, and stomped down the hall, slamming the bedroom door. As I lay on our bed fuming and crying (because yes, of course, I cry when I’m mad), the Holy Spirit pricked my soul, driving a crack in my wall of sin.

A few minutes later the bedroom door opened and I felt Jon climb in bed behind me.

My pride still fought conviction’s widening fissure. The Holy Spirit was still doing His work. My husband lay quietly behind me, waiting

Because of Jesus’ life, death, burial, and resurrection, I had been chosen and  reconciled. Just as Jon knelt and served when I was being wretched, Jesus showed the ultimate humility on the cross .

I rolled over, broken and ready to seek forgiveness. But before I could say a word, my husband pulled me close. “Babe, I was wrong. Will you forgive me?”

As if my heart wasn’t broken enough! I was the wretch, not him. I wept in shame, too crushed to yet have any words. He stroked my hair, gently brushed my cheek, and lavished me with grace upon grace.

”I adore you. You are so precious to me. You are beautiful, and I love you.”

They were tender, incredible words.

Grace was an illogical response that I most surely did not deserve.

And in that moment, it was Christ speaking, not Jon.

“I adore you. You are so precious to me. You are beautiful, and I love you.”

This is Jesus’ love. I am completely unworthy of it, but He calls me precious. “But God shows His love for us in that while we were yet sinners, Christ died for us.” Romans 5:8 He adopted me, and He calls me His own.

I was not beautiful, but God made me beautiful.

“But God shows His love for us, in that while we were yet sinners, Christ died for us.” Romans 5:8

“Remember that you were at one time separated from Christ, alienated…and strangers to the covenant of promise, having no hope and without God in this world.  But now in Christ Jesus, you who were once far off have been brought near by the blood of Christ.” Ephesians 2:12-13

I have no better words.

My husband showered me with grace. But O how much more extravagant is the humility of Jesus! How infinitely more lavish is His grace!

So my friends, amid the frolic, the laughter, the excitement, the hustle and bustle, slow down, take a deep breath.

And know that in Christ, you are a recipient of extravagant grace. 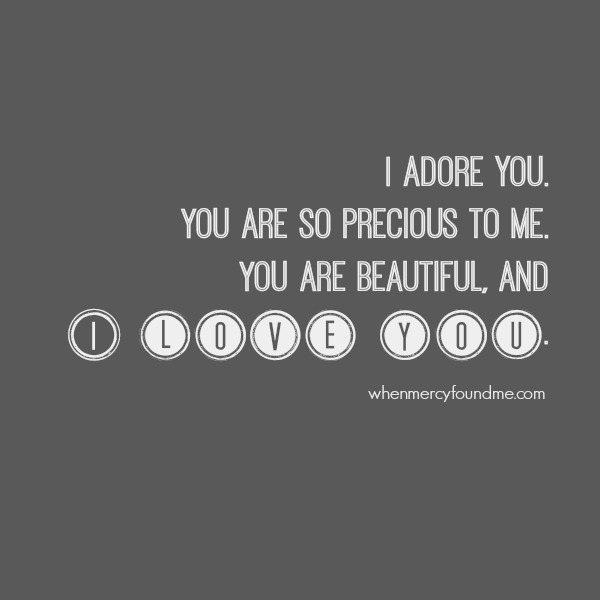