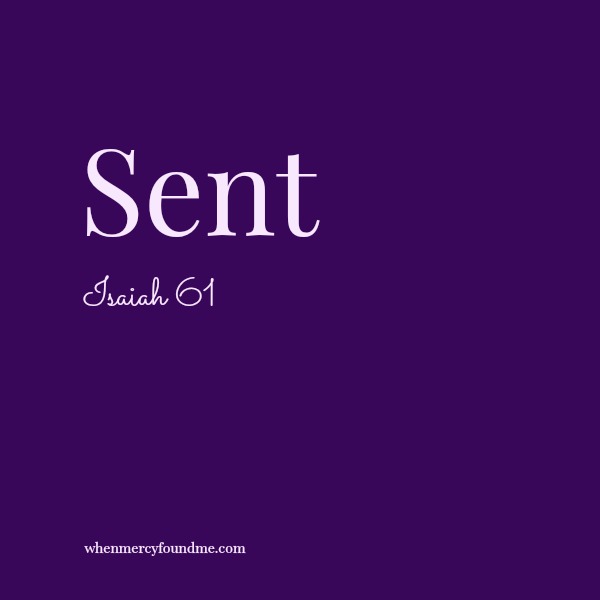 Once upon a time there was a king.

Now, this king was everything a good fairy tale wants. He was powerful, but also good. He was just, but also merciful. He was wise, faithful, and fiercely protective of his kingdom. And he loved his citizens, not as one aloof or stoic, but with passion and vehemence, as if they were sons and daughters.

One day the king called for his son.

“My son, and true heir, with whom I share all glory and dominion! My son, who is united with me in heart and purpose!” the king proclaimed at the sight of the prince, embracing him with immense delight.

But as the king stepped back, his eyes were fierce with righteous anger. Yet in a swirling, torrent of emotions, there was also staggering sorrow on his wrinkled brow and aged-lined face. His hands weighed heavily on the prince’s shoulders. And the prince, so radically connected to his father, knew the emotions as well.

“Oh my son,” The king was grave, “I must send you on a perilous mission, one so perilous it is such the world has never seen. Were there another way, I would have it so. But you alone can be the rescuer. You alone are anointed.”

His voice was still thick with grief and outrage, two sides of the same coin. “Your future bride has been deceived and stolen by our ancient foe! A dragon most formidable and full of rage and fury guards a tower that reaches heaven, a tower formed from impenetrable stone. In it he keeps her, captive.”

And the son felt the equal weight of wrath and agony. How could this possibly be? 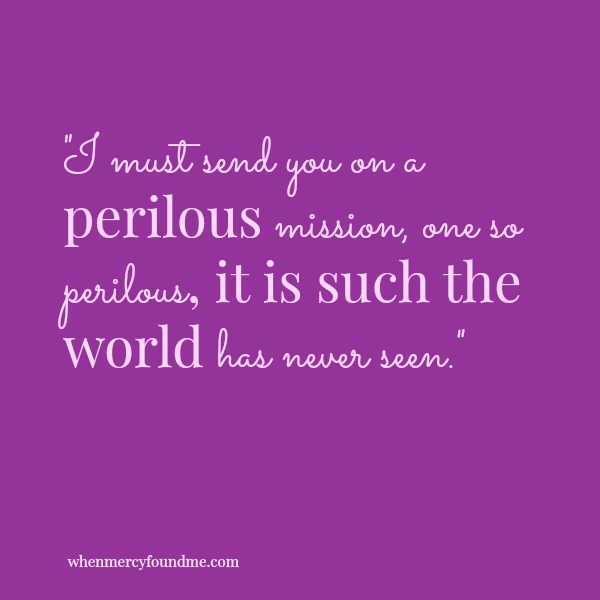 “But there is more. What I ask is more than you know. To rescue the fairest, most lovely, most gentle, beauty in all the land is one thing. However, this is not what I ask. Rather your bride-to-be is crushed by her oppressor, lower than a slave. But she has no understanding– he’s beguiled her so. She thinks she’s free. Yet she is filthy, dressed in rags. Her heart is broken, torn apart by guilt and shame. She is blind. And lame. And her body is wracked with leprosy. She is utterly destitute. Day by day she sits in ashes, clothed in despair.”

“There is more. She hates you with a hatred so violent, so hostile, and so deeply rooted, it consumes her. My son, I send you to rescue one who is thoroughly unlovely. But she belongs to me. She was a citizen of my kingdom. And I want her back.” As he said the last, his hand clenched in an emphatic fist.

“My son, still there is more. Our ancient foe is no ordinary dragon, and you will not slay him by ordinary means. To defeat the master deceiver, you must become as the one you rescue. You must exchange your resplendent, spotless cloak for a threadbare rag saturated with the stench of human waste. You must put on her blindness. You must become lame. You must see your body wrapped in rotten, leprous flesh. You must wear her ashes and take her despair. And after all this, you will surely die. My dearest son, I love you with a depth no language can describe, but I love my citizens too. I love this wretch as well. Son will you lay aside your glory? Will you lay aside your fame and renown for a time?” 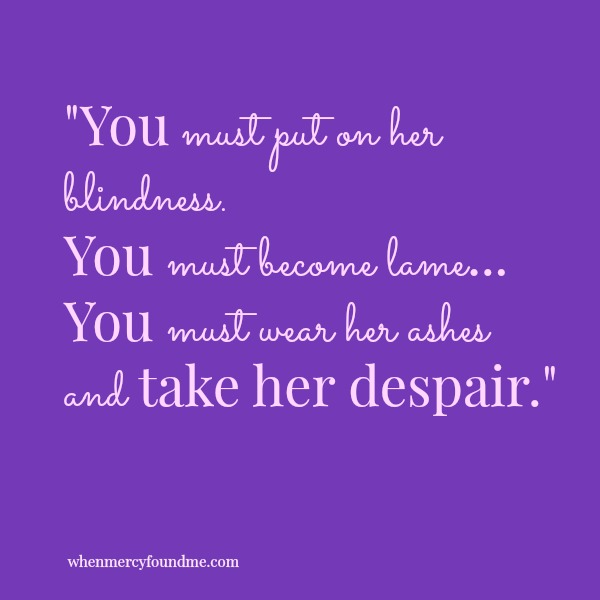 Become a leper, unclean, cast out? Be blind? Be lame? Dress in filth? Die?

Without hesitation, the son knelt, and presented his sword.

“Yes father, this thing you ask, I will do it willingly. I will go. I will redeem this unlovely one. I will take her blindness, her leprosy, her ashes, her despair. I will wash her. I will bind her broken heart, and it will be whole. I will set her free. She’ll be liberated, no longer captive! I will clothe her with a beautiful crown and a splendid garments. No longer will she sit in ashes. I will give her the oil of joy. I will comfort her gently. I will provide for her needs. I will love her with unquenchable love. And yes, father, to defeat our ancient and formidable foe, I will die for her.”

“My son! Oh my marvelous son, in whom I delight! You will destroy the foe! You will crush his head. And you will rise and come again to me, bringing your bride with you. And she will be yours. And she will be beautiful because you will make her so.”

Now time will not suffice to tell you all, but the prince did embark. And the journey was exceedingly perilous. The cost was exceptionally high.

It was an extravagant rescue mission, such as the world had never seen. All came to pass just as the Father said.

All came to pass.

Yet he did also rise.

And he returned to the king, bringing his bride with him.

The Spirit of the Lord God is on Me because the LORD has anointed Me to bring good news to the poor. He has sent Me to heal the broken hearted, to proclaim liberty to captives and freedom to prisoners; to proclaim the year of the LORD’s favor and the day of our God’s vengeance; to comfort all who mourn, to provide for those who mourn in Zion; to give them a crown of beauty instead of ashes, festive oil instead of mourning and splendid clothes instead of despair, and they will be called righteous trees, planted by the LORD to glorify Him. Isaiah 61:1-3

My 3 Best Tips for When Life Gets Crazy
Next Post: 15 Games to Play as a Couple