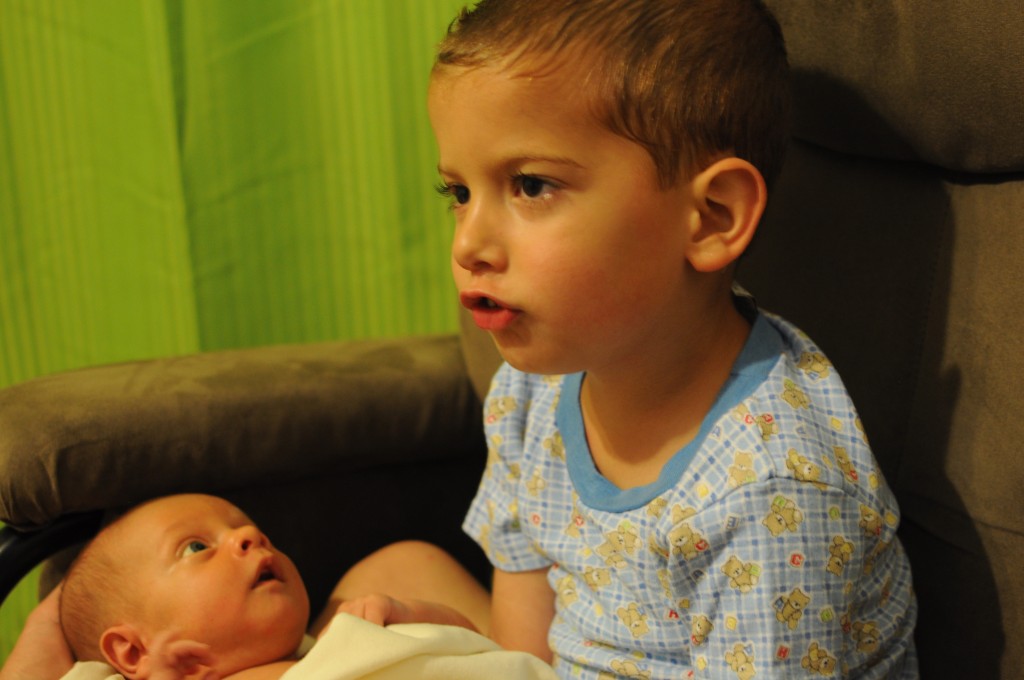 In the last weeks of pregnancy, I cried a lot. I wasn’t sad that I was having another baby. Of course not. But I was scared. I was scared of losing that bond with my first, the one who made me a mother. I loved my first fiercely. I knew his world was about to be forever altered and it scared me. He was too young to understand what was coming. We tried to prepare him. We talked about the baby, and he went to the midwife appointments. He listened to the baby’s heartbeat and felt the baby move within me. I showed him the clothes and the blankets. He helped me fold the burp cloths. We told him what a great big brother he was going to be. And we prayed. A lot.

The six weeks post baby have come and gone. According to what “they” say, we can sort of know how our second is adjusting.

And I count my blessings everyday.

Samuel is the perfect big brother. He loves his little brother with all his heart. He hugs and kisses his brother everyday. He gently strokes baby brother’s head. He whispers “shhhhh…” in his ear when he cries. He offers the pacifier and a hand to hold when little brother is sad. He wipes our baby’s mouth when he has had too much milk. He joyfully takes his brother’s diapers to the pail. He reads him stories and tells him what he knows about God.

Not once. And I mean not once has Samuel showed an ounce of jealousy toward his brother. We see glimpses of frustrations every once in a while, but it’s not because Timothy is his brother. It’s been when Sam’s not sure how to get his point across. We teach through those moments. But in those moments, Sam says he’s sorry. His tender heart shines through.

Everyday grace. My first. The one who made me a mother. He makes me proud. He shows me Jesus everyday in the way he loves his brother without end. 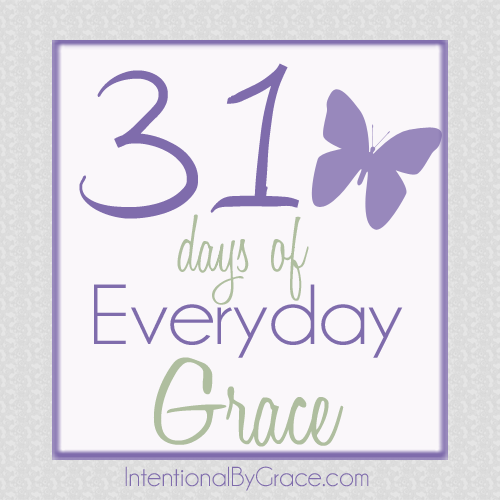 This post is part of 31 Days of Everyday Grace series. You can see all the posts here.